My portentous 2010 article on the National University Bulldogs 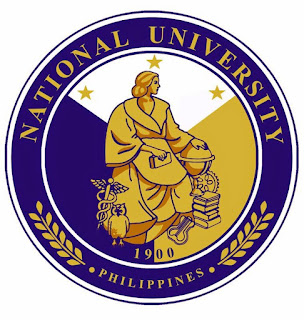 It was middle of 2010 when I interviewed sports leaders of the National University at the "relatively new state-of-the-art gymnasium which wholly occupies the top floor of (its) one year old 8 storey high Main Building," for my article Know your UAAP school: National University for the Philippine Online Chronicles. (I can't post this July 6, 2010 article directly on Facebook, as it has a "blocked link." In fact, I just found out that it can't even be redirected from this blog! Anyway, here's the link, which unfortunately now leads to internet limbo: thepoc2/features/sportacular/features/8537-know-your-uaap-school-national-university.)

Some more of the then-auspicious quotes from the article, which hinted of much brighter days:


A case in point for the Bulldogs’ seriousness in its long-term plan is Alyja Santiago. At 6 foot 3 and only 14 years old, Alyja was UAAP junior women’s Rookie of the Year for the UST Tigers. Now she is a second year high school student in NU, joining her elder siblings Aleona and Axel who play for the senior women’s and senior men’s volleyball teams, respectively. It is only by next season when the Bullpups’ volleyball team will be unleashed to officially compete in the UAAP, and it will be three more years before she joins the pack of Bulldogs. So this year will be spent studying, training, and competing with her alma mater’s team in other less prestigious competitions. It will be a considerably long wait before she tastes UAAP action again. This notwithstanding, she and her school believe–along with other young recruits in NU’s incubator who are training while completing the required residency–everything will be worth the wait.

“It is safe to say that NU provides the needs of our athletes,” shares men’s senior basketball team debuting head coach Eric Gonzales, fresh from his stint as assistant coach of the Coca-Cola Tigers in the Philippine Basketball Association (PBA). [...]In June 2008, tycoon Henry Sy, through his SM Group of Companies, acquired a 60% stake in the educational institution. The SM Group in its website pledges “all-out support…to strengthen the university as an institution with new infrastructure, equipment and focus on academic excellence.” [...]

It remains to be seen if and when the Bulldogs will eventually prove that the perennial UAAP top contenders are reigning on borrowed time. What is certain is that the NU community expects more bite than bark from their more ferocious Bulldogs this 73rd season, and that the Philippine Sports Commission can learn a thing or two about sports administration from the National University.

And now, we all know that the NU Bulldogs won the basketball championship of UAAP’s 77th season in 2014, and Alyja "Jaja" Santiago is one of Philippine volleyball’s brightest stars. ;)

Posted by Karlo Sevilla at 4:01 PM